SCHOMOS was disbanded five years later. However, following the resolution in MMA’s 21st AGM at Kuching in the year 1981 that called for the revival of SCHOMOS and also to incorporate “specialists” in this organization, the body was reactivated. It had its first national workshop on the 29th November 1981. A national committee was elected and branches at state and hospital levels established. SCHOMOS was registered as a section of the Malaysian Medical Association in 1991.

The Objectives of SCHOMOS are:

Over the years, SCHOMOS has had numerous successes in seeking to identify, address and seek the cooperation of the Government in resolving issues relating to the welfare, pay and allowances, and working conditions of doctors in Government service.

For the past three years, SCHOMOS and the MOH have successfully worked together in organizing the Rights and Responsibilities Seminar to give young doctors an idea as to what this profession is all about. Meeting the relevant government agencies at regular intervals has also ensured a rather smooth implementation of all policies concerning our benefits.

Another undeniable legacy of SCHOMOS has been our membership drives as the lagging membership is definitely an area of grave concern. The single most important task for all members of the MMA would be to recruit at least one member each, i.e., the member gets member concept.A resolution was put up by SCHOMOS at the 50th MMA AGM in Melaka that the Life Membership fee be reduced to RM2,500 (from RM4,000).

In addition, the life membership fees for House Officer (HO) was reduced upon constitutional amendment at the 55th MMA AGM 2015. 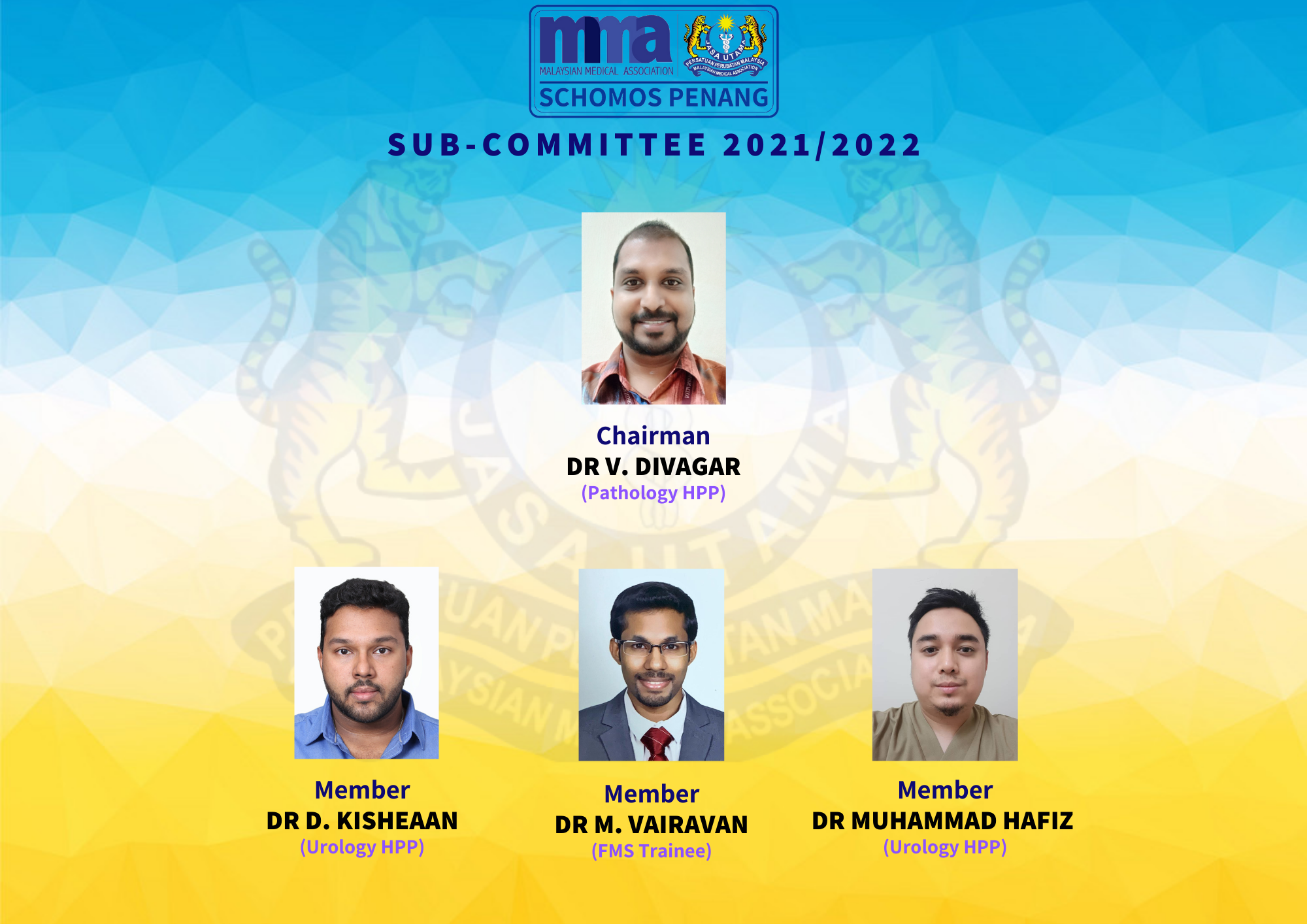 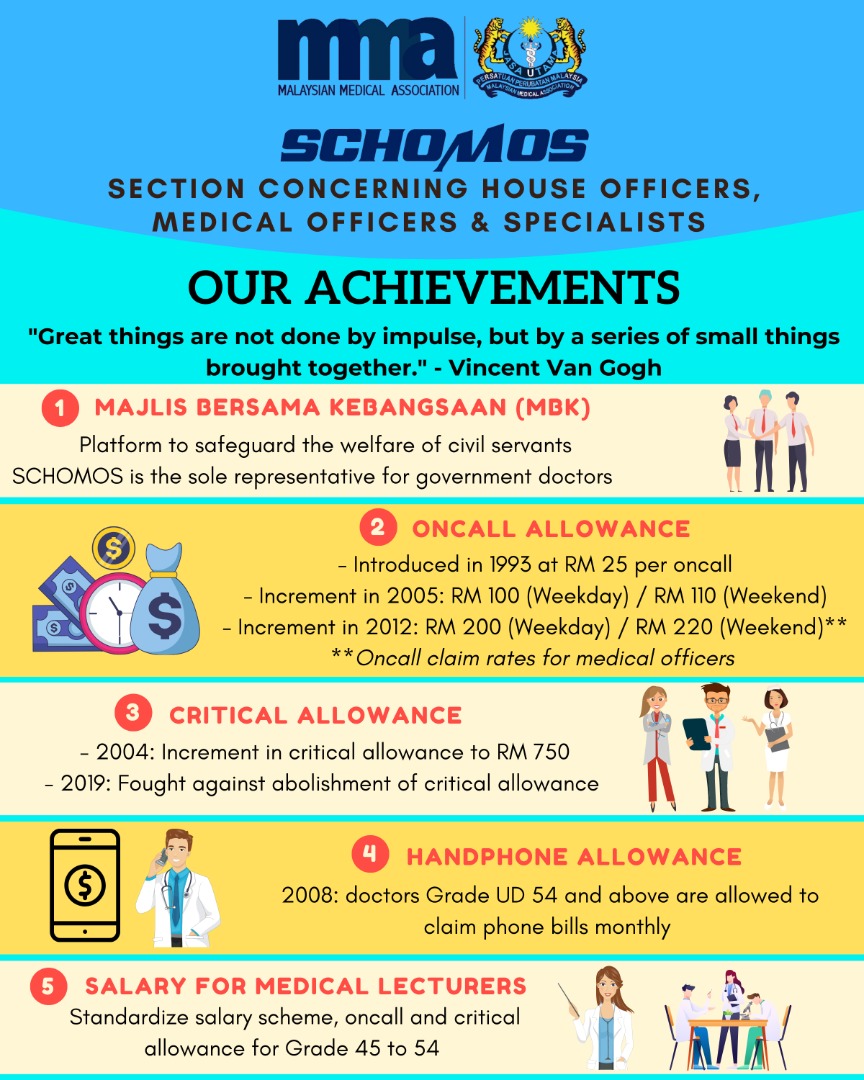 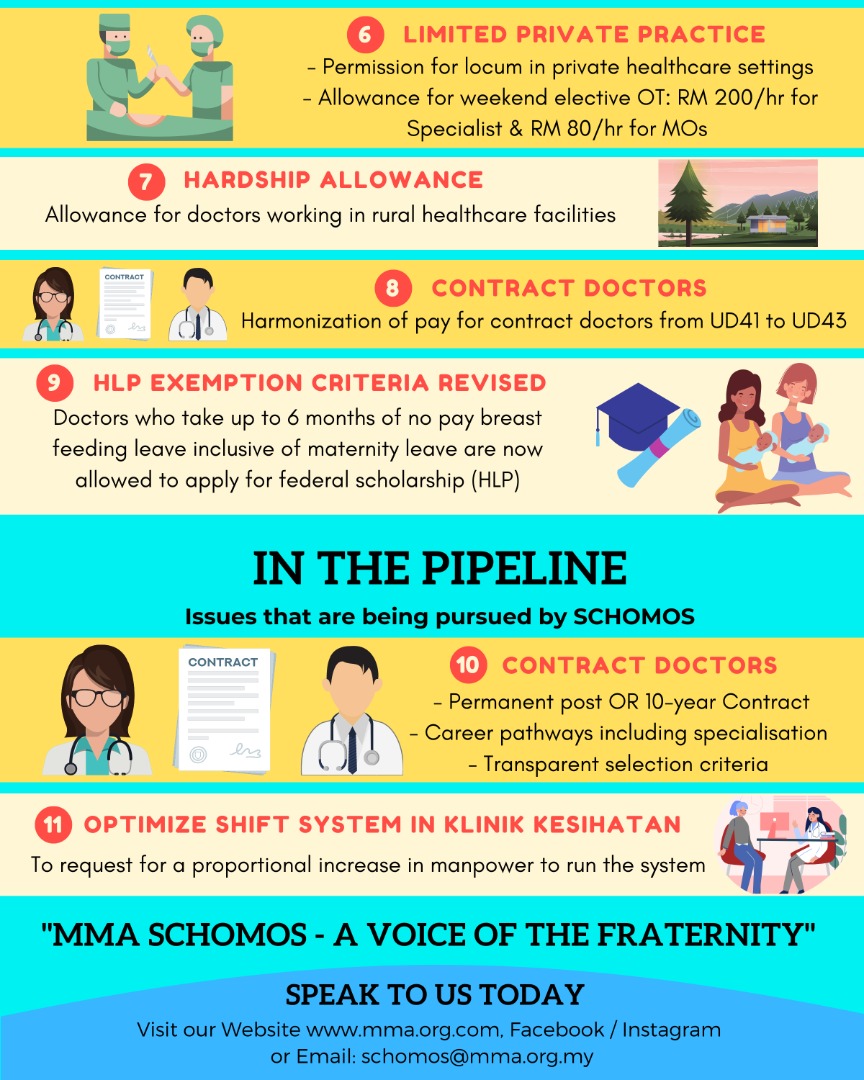